What Is Financial Emigration? 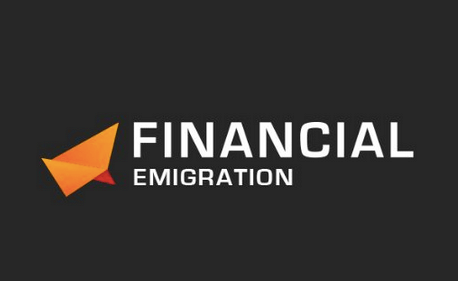 The South African financial situation is volatile, to put it mildly. Markets are makings more turns and dips than a meandering road and investors are anxious.

The locals aren’t at ease either. In recent years there has been an increase in emigrants from the country due to the uncertainties and many South Africans, who are already working abroad, has a new headache to deal with.

Forking out a good chunk of your hard-earned salary is one thing, but doing so while you are working abroad is like a punch to the stomach. The new expatriate tax laws are quite steep, to say the least and require South African tax residents who word abroad to pay up to 45% tax on their income that exceeds R1 million.

The new laws are set to take effect as of March 2020 and will include employment benefits like travel, housing, and security. It is no wonder that the tax residents who are working abroad are now looking to financial emigration as a means to ease their financial obligations to the country. But what is financial emigration and how does it work?

What is tax emigration?

As the term implies, financial emigration is an exchange control matter where a South African can become classified as a non-resident of the country for tax purposes. This type of emigration is, however, subject to the approval of the South African Reserve Bank.

If a South African is living abroad and has not officially emigrated, he or she is still considered a South African resident. If they have taken up permanent residency in another country, they may apply for financial emigration. This, however, does not mean that the applicant will lose his or her citizenship and that it would be possible to return and live in the country.

What is the catch?

For the select few who find themselves in the position of applying for financial emigration, the shock of the realization of the price tag that it comes with is often more than they expected. Once the process is started, the applicant opens the door for exit charges in the form of capital gains tax.

The day before you leave, you are deemed to have sold all of your assets and because the tax man doesn’t have any more opportunities for income on the gains of your investments. This means that people who have illiquid assets will be prohibited from emigrating financially.

Weighing up the costs

To put it mildly, financial emigration is easier said than done and can cost a small fortune to do. For this reason, it is highly advisable for the potential emigrant to seek financial advice and make an informed decision. The financial implication of the move is only the first aspect that needs careful investigation.

Seeing that a South African executor would not have jurisdiction over your foreign investments, you would need a foreign last will and testament to deal with all your assets. Also, the forced heirship rules of some countries will also come into play and you need to be aware of the pitfalls for the sake of those you leave behind.

Then there is the South African nature. We tend to come back to our roots for many different reasons. It is only when we spend a long time overseas that we realize just how South African we really are. There is a certain nostalgia that sets in and a void that develops that no other country can fill.

The emotional loss is often too much to bare and many emigrants find their way back home despite their reasons for leaving in the first place. There really is no place like home.